Are You Stopping or Starting? 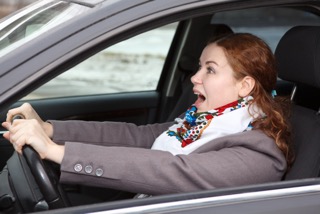 ne of the biggest issues among people and organizations is the, "Stopping Mentality!" They say, if we would quit doing such and such, then we could do what we really should be doing. If they quit spending so much, they would save. Or, if they stop wasting time and resources, they would be able to get done the really important things. This is a false mentality. People who quit spending typically don't save, and people who quit wasting time don't necessarily get the really important things done.

The secret is called, "Directing". The answer is never about stopping something so that you can start something; it is about starting something so that you can stop something. Let's say that you have a bad habit; we all have at least one. Human nature is not disciplined enough to just quit the bad habit, but it is capable of focusing on a good habit that over time, replaces the bad habit. The truth is, the power of the good habit will help overcome the authority of the bad habit. Efficient work habits will bring energy to replace inefficient work habits. There's no energy in trying to stop doing something. The energy it takes to move forward toward the good comes from the good. In other words, if you are headed in the right direction; where you are called to go, there will be an energy of inspiration that fuels your commitment.

The energy in starting is relative to how effective you are at "Directing" your attention to the thing, object or action to be taken; not the thing object or action to be stopped. There's an energy that comes from acting on moving the right direction that draws us to it. If you want to test this truth: 1. Clarify where you are going. What is the realized benefit that will come from the journey? In other words, how will it make the world and those around you better? 2. Set up your environment to support your direction. Put out of sight things that will distract you and keep you from starting. 3. Block your efforts into your high-energy time. Are you a morning person or and a night person? Schedule your Directive activity to your natural energy pattern. 4. Set up a support team. Tell those around you what you are committed to doing and seek only positive support. No one needs a person around him or her who declares that something will not work. 5. Take a few minutes each morning to focus on the object of your direction and each evening take note (that is make a note) of your progress that day, no matter how minimal that progress seems to be.

When reading the news and hearing what others are saying, it can be difficult to believe the truth; when action toward good is put over time, the good wins. It is true. We were created for good; the call to be good is stronger than the call not to be good. The more people who believe in this truth, the more we will see good attained in every dimension of life. Remember, it is written, "All things work together for the good...!" (Roman 8:28) 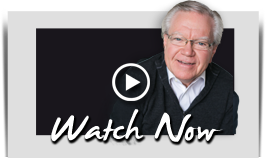 he Pattern of Self Discovery

Thom talks about where your life is going based on becoming aware of what is coming into your life.